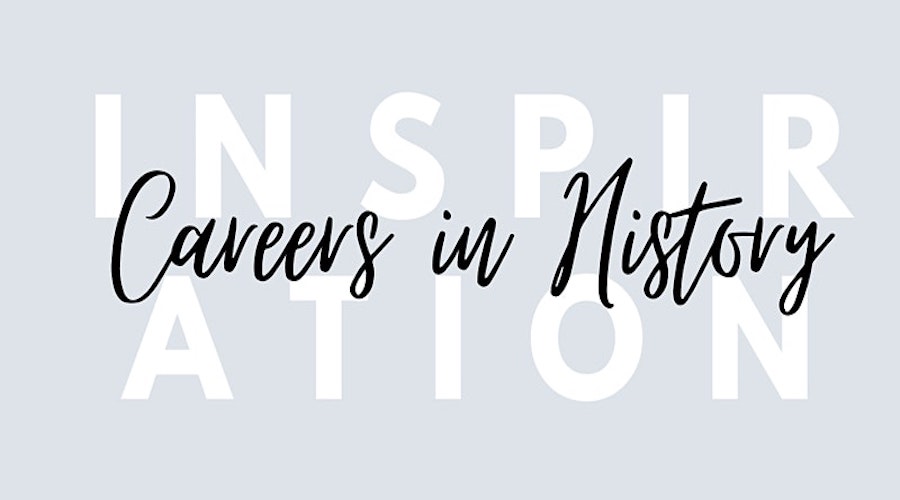 What does a “history professional” actually do?

For many students and early career professionals interested in history, finding employment opportunities beyond their tertiary studies can be both challenging and daunting.

Join the History Council of NSW and the Professional Historians Association for Session 1 of our Careers in History series with Dr Peter Hobbins and Dr Iain Stuart.

About Careers in History series:

Hear ‘lightning talks’ from historians, museum curators, researchers and other history professionals as they share their experiences and tips on how to kick-start a career in the history world.

After the lightning talks, there will be time for a short Q&A.

Is there such a thing as a career in history? The world of the past is broken down into numerous silos, from archivists, librarians and curators to archaeologists, historians and heritage consultants.

Despite a profusion of specialised qualifications, argues Dr Peter Hobbins, what unites these disciplines is a focus on effective communication. In this presentation, he draws upon his experiences as a professional communicator in academia, government, industry and the community.

He shares ideas on how to build skills, networks and profile to sustain a career across a segmented and rapidly shifting job market.

Dr Iain Stuart is a Principal at Artefact Heritage Services and a partner at JCIS Consultants both in Sydney. Born in Melbourne, he has been working in the area of archaeology, history and heritage since 1980. His work has focused mainly on the east coast of Australia. He has worked in Government and private enterprise and has volunteered for the non-profit heritage sector. His work encompasses Aboriginal, Historical, Industrial and Maritime spheres of heritage.

In his practice, Iain is never sure whether he is a historian, archaeologist or a geographer. He has a strong belief that everyone working on Australia’s heritage should have at least a good working knowledge of Australia’s history. Iain’s particular research interests lie in landscape evolution and industrial development in particular how particular technologies are adopted and developed. He has recently published on Macquarie’s towns, Newcastle’s defences and Wheat landscapes.

Dr Kiera Lindsey is an award-winning historian based at University of Technology Sydney (UTS) where she is a Senior Research Fellow conducting an Australian Research Council Discovery Early Career Research Award (DECRA) on speculative biography and historical craft. Kiera has published national and international academic book chapters and journal articles on nineteenth-century history, historical craft and biography. In 2016 she published her first speculative biography and cross-over trade book, The Convict’s Daughter, with Australia’s largest independent publishing house, Allen & Unwin, which has thus far sold over 13,000 copies. Reviewers have described The Convict’s Daughter as ‘blazing a new path through history and fiction’ and being not only ‘gloriously unputdownable’ but also a ‘ripper of way of doing history’.

To register for this event please visit the following URL: https://www.eventbrite.com.au/e/careers-in-history-in-conversation-with-dr-peter-hobbins-dr-iain-stuart-tickets-109912320710 →