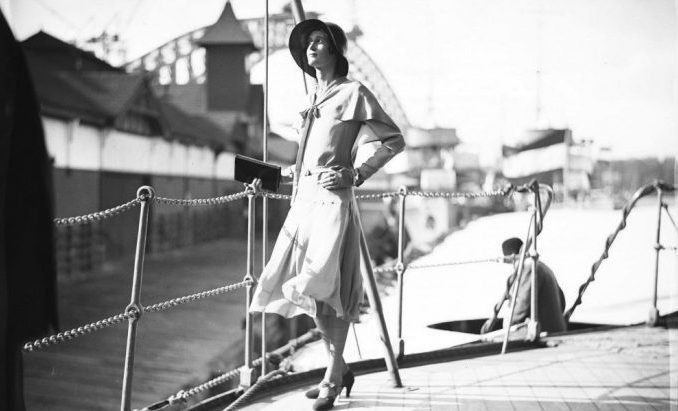 …Nicole Cama is PHA NSW and ACT’s Deputy Chair & Treasurer. Until recently, she was the Executive Officer of the History Council of NSW. Her area of historical interest is the history of Sydney. You can see examples of her work at http://nicolecama.com.au/

I’ve had a passion for history since high school. I had two particularly great history teachers who somehow always managed to make our lessons feel like storytelling sessions. I studied history at university and completed honours but knew I didn’t want to pursue a career in academia, so I volunteered at the Nicholson Museum, finally found paid work for the collections of Sydney University Museums. I wanted to work as a curator and eventually got a job in curatorial at the Australian National Maritime Museum. After that I decided to focus on history, so went freelance and have been practising as a professional historian for the past four years.

My work is quite varied, which means my audience is varied.  I have done work for the City of Sydney Council on their park signage, which is aimed at members of the general public in their local government area; for the Dictionary of Sydney I have been a guest historian on 2SER Breakfast radio since 2014 and I have created historical material (articles, signage and labels) for a government agency targeted at their employees and other visitors to their offices. I’m currently working on an oral history project, interviewing alumni and teachers for a school’s anniversary.

I am sure you get this answer a lot for website — TROVE. TROVE. TROVE. Choosing a favourite film or book is impossible! I tend to watch period dramas and read historical fiction. The most recent period drama I watched and thought quite good in terms of recreating a particular time was The Alienist. I tend to gravitate toward novels set in the 19th century; one of my favourites is Wilkie Collins’ The Woman in White.

Sydney in the 1920s or 1930s because it was a time of transition for the city both in terms of its culture and built environment.

History has the power to both divide people and create social cohesion. But I think it is also transformative: it can shape identity and change people’s perceptions of their world and the people around them.

Why did you choose this image of the artist, Hera Roberts?

Because that photograph really changed my career. It was a highlight of  my time at the Australian National Maritime Museum. The image is by Samuel J Hood Studio. When I first came across it, I didn’t know any more about this woman than that she had been at a reception on a Dutch warship HNLMS Java, which visited Sydney in 1930. We published the image on Flickr Commons. It was through this airing that I was contacted by another researcher, who had found Robert’s name on page 52 of the November 1930 edition of The Home quarterly magazine! You can read more about the image and how her identity was unveiled at: http://www.nicolecama.com.au/project/mystery-lady-identified/