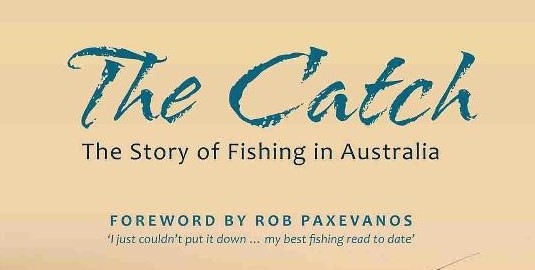 As a kid I used to go down to the beach after dinner and watch my grandfather, dad and uncle spinning off the rocks or bait-fishing in the estuary. When I wanted to learn, they had me casting lures across the paddocks before I was set loose on the rocks.

Now, I go there with my kids and we catch flathead and luderick, trevally and whiting. A mask and snorkel reveal more beauties below the water as flounder, octopus and leather jacket hide in the weeds. Rays cover themselves with sand and pretend they’re not there. Sometimes a rogue kingfish or salmon makes it up the estuary and onto the fire if we’re lucky.

We like to think of it as our little piece of paradise but it isn’t of course. The banks peel back to reveal deep, full middens. Shells and fish bones are scattered through the sandy soil like hundreds and thousands. Countless generations have been here before, camping in this protected cove. Like us, they grabbed a feed of oysters or mussels off the rocks, picked crabs out of their holes, and fished for bream, whiting and flatties.

It isn’t just history that foils my fantasy that this place is mine alone. Out on the lake, oyster leases fill the tidal flats and commercial fishers set their nets across the small channels. In the holidays, day-trippers drop their boats in at the local ramp and troll or drift by as we sit under the shade. But we all contribute to the pressures on this spot. Waves from boats increase erosion on the banks, the nets decimate prime breeding fish, and our presence cuts into the stocks of everything else. Yet we love to fish, and we love eating the catch, so we keep coming back.

These are our fishing places and they hold our stories. They’re sites of memory and history, as families pass on techniques and generations of keen observation, as well as fishy tales of amazing catches and near misses. They’re also sites of conflict and contest—of battles between recreational and commercial fishing, of demands for regulation and the fickle pressures of catch numbers and market prices.

It’s estimated that around 3.5 million Australians fish recreationally. The commercial and recreational fishing industries account for billions dollars annually. And here’s the real ‘catch’: a constant pressure on fish stocks comes from our appetite to hunt and consume them.

Australia’s waters were overfished for over a century. Partly those practices were based on scientific and ecological ignorance. There were plenty of fish in the sea—until there weren’t anymore.

Other industrial pressures further tested the resilience of the ocean and its fisheries: the dumping of rubbish and sewerage, nitrogenous run-off from fertilizers, industrial pollution and dredging have all adversely impacted fish habitats and populations. Changing water temperatures and acidification associated with climate change will put further stresses on the marine environment.

Fisheries management responded to declining stocks, introducing wide-ranging legislation across the recreational and commercial sectors. But they’re in an unenviable position, essentially forced to make contemporary laws in response to fishing practices a century old.

Everyone wants to keep fishing, but our right to do that also presents critical challenges for future management of fisheries: namely, is conservation everybody’s business? And if so, just how will it work?

The joy of being outdoors, of fishing by ourselves or with our families can’t be measured. Neither can the lives and livelihoods of those who fish for a living. But fish stocks can be. And as long as we are compelled to fish, those questions about sustainability will continue to be asked.

The Catch: The Story of Fishing in Australia (National Library of Australia, 2017) charts the history of fishing, from the first known accounts of Indigenous fishing and early European encounters with Australia’s waters to the latest fishing fads.