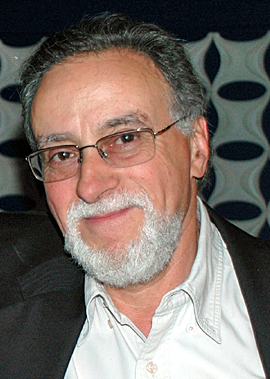 Frank Heimans is an oral historian, filmmaker and managing director of Cinetel Productions

I started off in documentary filmmaking as a writer, director and editor. Later I became a producer and have made 53 television documentaries. It’s hard to avoid history when you are making documentaries so it evolved naturally.

My first big research project was the story of a Vienna Boys Choir that arrived in Australia in 1939 and were stranded here, some for the rest of their lives, when the boat taking them back to Vienna did not sail. It was the day Australia declared war on Germany. Those 20 young choristers, aged between eight and 13, were declared enemy aliens and spent the war years in foster homes. Some sang in the St Patrick’s Cathedral Choir; one was sent to Loveday, a harsh prisoner-of-war camp in the remote desert of South Australia. The choirmaster, a member of the Nazi Party in Austria, was interned at Tatura POW camp and was the last prisoner to be released in 1947. The story was part of a three-part documentary series that screened on SBS Television.

During the rest of the 1980s  I made two television documentaries on the Theresienstadt concentration camp. The first featured Australian soldiers who were incarcerated there after having escaped numerous times from regular POW camps. The Australian Army refused to recognise them, saying that the Army had no records of Australian military personnel having been interred in a concentration camp. We took two of the former soldiers back to Czechoslovakia and proved the point. The men, and subsequently others who emerged after the screening of the program, were finally compensated by the Australian Government in 1987.

In the 1990s I was the writer, director, producer and editor of 32 episodes of the series Australian Biography for Film Australia, which also  screened by SBS. In the series each participant told their own story. Interviewees included Donald Horne, Frank Hardy, Albert Tucker, ‘Nugget’ Coombs, Sir Mark Oliphant, Joan Hammond and Faith Bandler. This series gave a fascinating insight into their lives and the period in Australian history that they lived through.

For the past 15 years I have been an oral historian, having interviewed more than 850 people in oral history projects for government departments and industry. A recent project was as a Sydney interviewer for Australian Generations, a collaborative series of interviews by the National Library, Monash and LaTrobe universities and ABC Radio National. The outputs will be an online archive of 300 interviews, a book and 60 radio documentaries to be aired by the ABC in 2015.

Television audiences in 33 countries to date. Students at colleges and universities in the US and Australia study Margaret Mead and Samoa,  a one-hour documentary on the Margaret Mead-Derek Freeman controversy, the greatest in anthropology. In Samoa we found evidence that Margaret’s fieldwork was flawed and that her theory of Samoa as an idyllic paradise, free from the stresses and strains of adolescence, had been a fabrication. The program created a lot of controversy among anthropologists and was screened at the Margaret Mead Film Festival and the American Film & Video Festival, where it won the Blue Ribbon Award.

My oral history interviews are all online, put there by the various government agencies.

I’m a great fan of Chronicle of the 20th Century, (Chronicle Publications), a year-by-year history of the world’s events . I use it often in my research.

Australia in 1770, the year  Europeans claimed possession of the country under the so-called ‘Terra Nullius’ doctrine.

I can’t envisage life without history. History is everything and influences every decision we make.