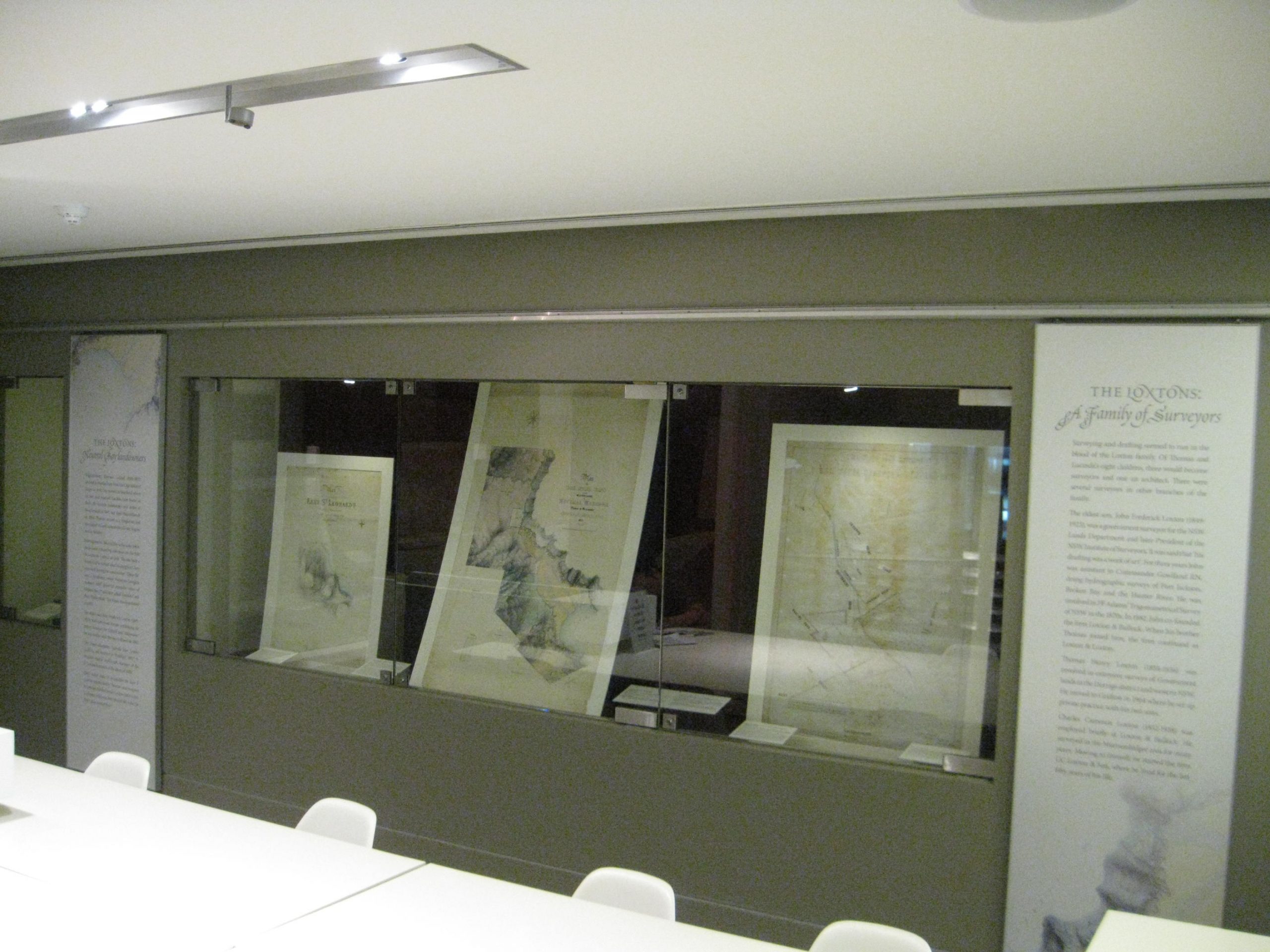 Custodianship of a public collection brings with it both the urge to care and cosset and the desire to display. The latter is typically driven by a fascination in the material one holds and, with that, the impulse to explain and contextualise using labels and interpretative panels. There is often, of course, also the pressure of public expectation that all the collection be out for all to see. But, as we curators know, the simple logistics of space, let alone consideration of conservation or narrative coherence, preclude showing everything that might reside in storage drawers and compactus units. We pick the bits that are in themselves fascinating or can be brought together to tell a story, and hope that others are equally intrigued. Write too much in your labels and panels and they won’t be read; write too little and one feels that justice hasn’t been done to the object in question. Such is the tricky business of exhibition.

Maps are a significant part of the ‘heritage and cultural’ collections managed by North Sydney Council’s Historical Services staff. Many have been acquired, even created, in the course of the business of local government. They are in this sense ‘archival’ – part of the core workings of Council. Others have been brought into the collection because they add to our understanding of the local area. Among the former are planning scheme maps, drafted in the wake of the Local Government Town and Country Planning Act 1945, which show zoning and land use. Those acquired for research include subdivision plans and documents used by local residents for one reason or another.

Our collection is big. Previous displays have featured some maps but none have focussed completely upon cartography. My choice for the current exhibition was guided by the inherent attractiveness of the documents and/or by their relation to a larger theme. I was restricted by space. Maps are typically large. The seven display cases we have – wonderful and capacious as they are – could only really accommodate 12 documents.

Not surprisingly as an historian I have an abiding interest in change, so those maps that show landscapes long gone were an obvious choice. The biggest intervention in the North Sydney landscape was the construction of the Warringah Expressway which effectively bisected the municipality upon its completion in 1968, removing several hundred homes in the process. Here is a theme that links many maps. An original 1891 block plan shows the size and footprint of large houses that once occupied the now erased streets. A 1953 planning scheme map shows the path of the already anticipated expressway along with the detailed outlines of the homes that would go. And a 1926 resumption map showing the properties that were demolished to build the Sydney Harbour Bridge around Fitzroy and Burton Streets is evidence of an earlier upheaval.

Then there was an intriguing collection of hand-drawn charts from the 1860s to the 1890s executed by members of the Loxton family who owned large parcels of land around Neutral Bay and, as surveyors, were motivated to map their properties. I came across these some while ago in a plan cabinet while exploring for other things. Just how these came to be with us is something of a mystery. As is occasionally the case with collections built up over decades the paper trail seems to have been lost. The maps may be archival but I suspect they were donated. That some were completed for the purposes of examination, however, is clear from the stamps and annotations. It is an aspect of provenance that might explain the exquisite skill demonstrated. But it might also be the case that these remarkable documents reflect a particular attachment to place – one that comes from viewing a landscape in terms of distance, topography, boundaries, as well as ownership. The largest of the maps, by Charles Loxton, shows the spreading delta-like mouth of the tidal creek that once ran into Neutral Bay and is now beneath Anderson Park, having gone the way of many other reclaimed foreshores. To see the detail of a place long gone is breathtaking.