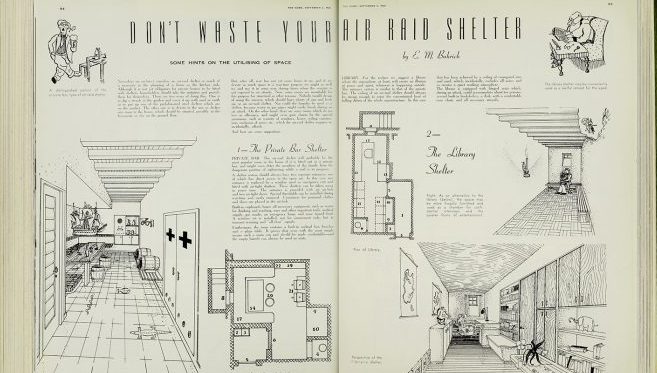 Sydney Living Museums’ exhibition at the Museum of Sydney, The Moderns: European Designers in Sydney comes at a time when the city’s built environment and architectural heritage are very much in the spotlight.  Nicole Cama takes a look at one of those designers, Eva Buhrich.

From the 1930s to the 1960s, a number of architects and designers travelled to Sydney from Europe, bringing their modernist sensibilities with them. Harry Seidler ,probably one of Australia’s most well known architects, was one of them. He became the creative genius behind buildings like the MLC Centre, Australia Square, Grosvenor Place, Rose Seidler House and many more.

Less well known but equally fascinating is Eva Buhrich, born Eva Bernard, in Nuremberg, Germany in 1915. Eva was the daughter of Jewish parents who supported her training and career as an architect. She met Hugh Buhrich, also an architect, at university in Munich. The couple lived in Berlin before moving to Switzerland and then England in the late 1930s. To escape the growing threat of war, they moved to Australia.

In Sydney, Eva worked as a draftsperson and as a freelance designer in partnership with Hugh in the 1940s. According to Hugh, Eva gave up architectural design because of the poor wages she received compared to her male counterparts. By the 1950s Eva was working as a writer and architectural commentator, as well as a graphic designer and editor. She was a champion of modernist design, publishing in The Sydney Morning Herald, The Australian Women’s Weekly, House and Garden and more. She died in March 1976.

Eva was probably the first woman to write about architecture and design under her own name for a major Australian newspaper. Her only book, a guide to creating Patios and Outdoor Living Areas, an area of design that fascinated her, was published in 1973.

The Buhrichs’ home in Castlecrag was designed and built by Hugh Buhrich for their family between 1968-72, and is considered to be one of the most iconic and influential in Sydney modernist design. You can explore the house as it was in 2004 on the Sydney Living Museums’ website here.

For more about Eva Buhrich, read architectural historian Bronwyn Hanna’s entry in the Dictionary of Sydney.

The exhibition The Moderns: European Designers in Sydney is on at the Museum of Sydney until
26 November as part of Sydney Living Museums’ program of Modernist related events, A Modernist Season.

With thanks to the Dictionary of Sydney for permission to re-post this article, which formed the basis for Nicole Cama’s chat with Nic Healey on 2SER Breakfast.