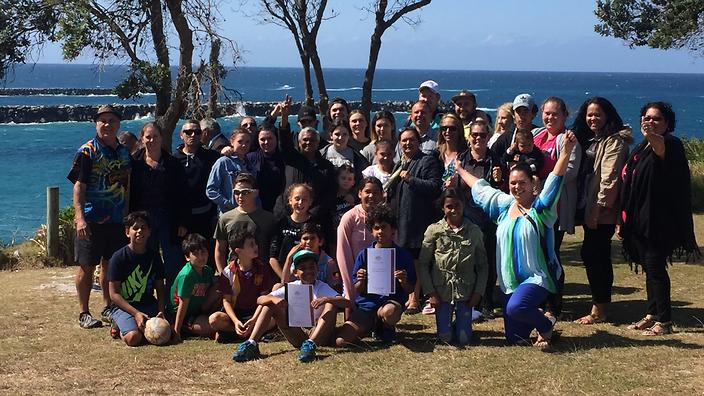 The Nawi Symposium, the second National Gathering of Indigenous watercraft custodians and cultural practitioners, was held at the National Maritime Museum on 9 November. Over 70 traditional owners, researchers and community supporters gathered to hear a range of presentations about the history of Indigenous watercraft use and current projects to reinvigorate maritime and riverine traditions.

One theme of the symposium investigated the travails faced by traditional owners in obtaining recognition of traditional water rights via the Western legal system. Djambawa Marawili AM, Ceremonial leader of the Madarrpa clan on north-east Arnhem Land, spoke about the Blue Mud Bay native title claim, one of the first applications to have sea rights recognised. Lauren Butterly, a law lecturer at UNSW, spoke about the development of the Northern Territory Land Rights legislation. Prime Minister Whitlam’s original concept recognised sea rights, but the legislation passed by the Federal Parliament under Prime Minister Fraser did not contain this provision.

I spoke about the recent Yaegl native title consent determination¹, the first to recognise sea rights in NSW. Yaegl people, whose traditional country includes land and waters along the lower Clarence River below Maclean, were given native title recognition over land and riverine waters in June 2015. The seaward extent of their claim remained unresolved; Yaegl people were required to submit further evidence to demonstrate connection. My role was to identify and assess documentary sources containing information about the use of marine resources by Yaegl people from the point of first contact through to the present.

Archaeological evidence clearly demonstrated the use of marine resources by Yaegl people – middens along the coast, for example, contain the remains of fish commonly found offshore. There are accounts of Yaegl people demonstrating their spiritual connection to the sea by standing on the shore and calling in the dolphins to help with fishing. My anthropology colleagues have collected stories of the Dirrungan, an old witch woman who created the Clarence River and was turned into a stone reef at the mouth. Yaegl people were particularly concerned to see this reef protected.

The State and Commonwealth governments reviewed the evidence and agreed to recognise native title sea rights for 200 metres from the low-water mark along the claim boundary from Woody Head to Wooli, with a larger buffer zone around the Dirrungan reef. The determination will mean that Yaegl people can access and obtain resources from this area for any purpose that is not commercial. Over 300 Yaegl people assembled at Pilot Hill at Yamba in late August to hear the determination announced in a special sitting of the Federal Court. The relief and delight on the faces of the claimants was plain to see.

A future Nawi Symposium is planned for 2020, possibly outside of Sydney. I look forward to the opportunity of attending and finding out more about the myriad of maritime traditions practiced by Indigenous people from throughout Australia. I would like to express my thanks to Stephen Gapps and the National Maritime Museum for the opportunity to speak.[1] A consent determination is where native title is recognised via agreement between the claimants and the NSW and Commonwealth governments, rather than via litigation.

The National Maritime Museum has an exhibition acknowledging the story of the Yolŋu people of northeast Arnhem Land and their fight for recognition of Indigenous Sea Rights and the Blue Mud Bay Legal Case.  Gapu-Monuk Saltwater: Journey to Sea Country runs until February 2019.

[Image: NITV News–The Yaegl People, of the north coast of New South Wales, have had their traditional sea rights recognised in an historic Federal Court ruling.