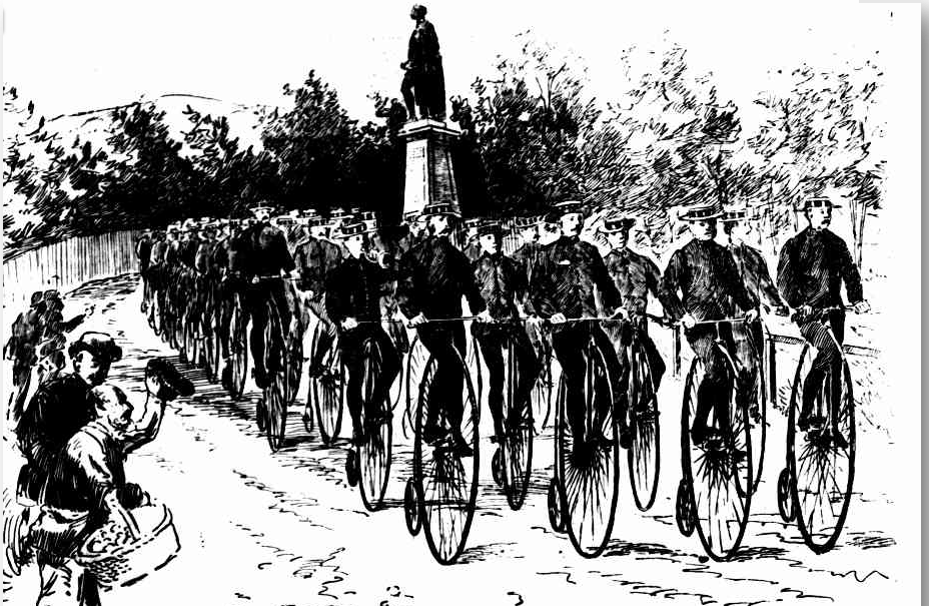 Social sports have always brought life to public spaces and our cities. For many people, sport is a crucial way to develop and maintain a sense of belonging. Sporting activities have also helped socialise communities. In a similar way, sporting clubs have traditionally been a positive force for social cohesion within various neighbourhoods.

Within the sport of cycling, clubs have fostered a climate of acceptance and tolerance, not only to accommodate the abilities of all members, regardless of gender, race or ability but also in face of external social and political environments that consciously or unconsciously sometimes cause or support discrimination.

Cycling clubs in Sydney have a long but largely forgotten history starting in at least 1831. Overshadowed by other sports, cycling has survived largely on the peripheries of Sydney’s sporting codes.

The early formation and popularity of bicycle clubs in Australia often closely reflected the costs of buying a bicycle. In the 1860s it was a pastime for the rich and affluent; by the 1890s it widened to include the middle classes. However, by the turn of the twentieth century, the rich and middle classes became smitten with new motorised transportation like automobiles and motorcycles and bicycles became the vehicle of the working classes. Cycling clubs flourished throughout the Sydney social landscape until the 1960s and 1970s, when bicycle users turned away from the low-tech bicycle, looking to the automobile, whose price was now in reach for many more people.

PHA member Marc Rerceretnam is curating an exhibition on the history of Sydney cycling which also commemorates the 110th anniversary of Sydney’s Dulwich Hill Bicycle Club (DHBC). The DHBC established a racing tradition, which has continued through the decades with the formation of various race teams and participation in major race events like the Goulburn-Sydney race, an annual event started in 1902.

The exhibition is called ‘On Your Bike’ and covers the history of cycling in Sydney over its 188-year history. It will display lovingly preserved and rarely seen cycling and club photographs, ephemera and vintage bikes from the Sydney’s cycling heyday, before cars pushed bikes off the road. Much of the information used in the display relies on Marc’s recent publications on the history of bicycle clubs (published in the Journal of the Royal Australian Historical Society, December 2017), the early manufacture and use of bicycles in Australia (paper to be presented at the International Cycling History Conference, London, June 2018).  Marc has since written another research piece outlining the dynamics of bicycle businesses in Sydney from the 1850s to the 1950s (to be published in Sporting Traditions, November 2018).

The Inner West Council is hosting the exhibition from 10 to14 May 2018 at the Stirrup Gallery, 142 Addison Road Community Centre, Addison Road, Marrickville. Entry is free and open to the public. There is an official welcome on Sunday 13 May at 10.30am. To attend the welcome event book online at www.innerwestlibraries.eventbrite.com.au.