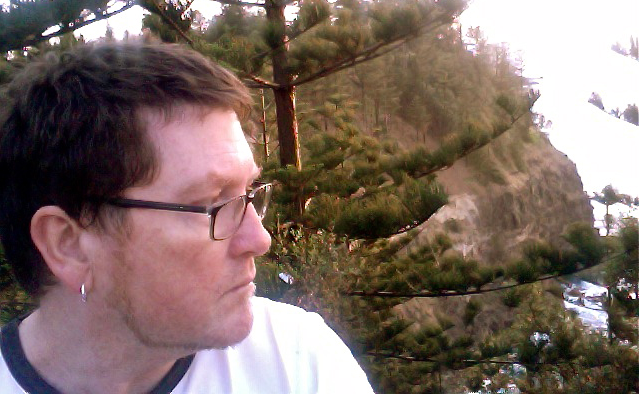 A funny thing happened at the PHA (NSW) AGM last Tuesday night.  I was elected president for 2013-14.  My name is Bruce Baskerville, and while some members will know we others won’t, so this post is to introduce myself to all members.  The other committee members elected are David Carment (vice-president), Carol Liston (treasurer), Stephen Gapps (secretary), Judith Godden, Ian Hoskins, Yvonne Perkins, Michelle Richmond and Kate Matthew (ordinary committee members).

I have been a member of the PHA (NSW) since about 1995 (why is it that our own biographies seem the most elusive?), served on the committee as secretary 1998-2001, then treasurer 2001-02, and was a member of the 25th Anniversary Conference Committee in 2010.  I was also involved in one of the Phanfare collectives in the late 1990s to early 2000s.  That’s my picture above, so you will recognise me at PHA events.

I have had a fairly diverse working life, probably typical of many PHA members.  I began work as a consulting historian to Tropman & Tropman Architects (1995-96); was then employed by Clive Lucas Stapleton & Partners as a researcher and historian (1996-1997); then became a crown employee as a Senior Heritage Officer in the heyday of the NSW Heritage Office (1997-2008); then back to private practise as the Site Manager (Commonwealth contractor) of the Kingston & Arthur’s Vale Historic Area on Norfolk Island (2008-2011) before returning to study as a PhD candidate at Sydney University (2012+) and also working as a consulting historian.  My current consultancy project is with Sydney City Council’s green plaques program.  I recite this pedigree, not to brag but to share the public historian’s always diverse, always changing, and constantly challenging (in a good way) working life.  That, I think, is what makes the work of us all as PHA members, whether as public servants, private employees, sole traders or micro-businesspeople so intellectually and emotionally (if not always financially) rewarding.

Some thanks and inspiration

I sincerely thank my predecessor Laila Ellmoos and all the retiring members of the previous committee for advancing all our professional interests; Christine Yates who so expertly, as returning officer at the AGM, ensured all positions were filled; Stephen Gapps who, as secretary, provides a vital element of continuity between the previous and incoming committees along with Admin Assistant Guy Betts; and the members at the AGM who have entrusted the new committee with the Association’s good governance, and with advancing the objectives of the PHA (NSW) and our fellow PHAs across the country.  I also want to thank all those members filling other essential roles as officers developing our professional and communications skills, as well as those representing us on national and external bodies.  This PHA network is one of our great strengths, as evidenced in the annual reports tabled last night, and I am sure the work put in by everyone is greatly, if quietly, appreciated and valued by all members.

As always, I am inspired by the work of our members, and in looking back over the earlier posts I can’t help notice Ian Hoskins’ recalling his hero and namesake WG Hoskins, a historian whose work also greatly influenced me and opened my eyes to the possibilities of reading landscapes like documents; Emma Dortins emphasising the importance of interdisciplinary approaches for public historians, which is surely at the heart of so much of our work; Lisa Murray stressing the importance of communication skills for historians, something for which Yvonne Perkins’ passion was so evident in the CPD workshop on social media; Bruce Pennay’s generous sharing of his experiences in migration history and the limitations of record classes (I can hear WG Hoskins saying ‘put on those stout boots and get out there’); and Terry Kass’ timely reminder of the critical value of the PHA in professionalising and supporting historians outside the academy.

I certainly believe that my career and professional development would never have been possible without the PHA and its members and activities over the years.  I pay tribute to an earlier president, Tony Prescott, who was my mentor and supporter in the turn of the century committees (that now sounds so long ago), and I hope he will take some comfort in knowing that his mentorship, good red wine and choice of committee meeting venue (The Hero of Waterloo Hotel in Millers Point) was not wasted!

As historians we already live in quite interesting times, and I suspect that the trajectory will only be towards increasingly Quite Interesting Times.  I am confident that the committee elected at last week’s AGM, with its perfect mix of experienced old hands and enthusiastic new chums, will be well paced to lead us through the days ahead.

Bruce Pennay, in commenting on Terry Kass’ post, argued that the PHA, by its very existence, has also invoked feelings of camaraderie, of an esprit de corps, among us all.  I have no doubt that the committee will be striving to invoke and nurture that camaraderie in its many forms as we work together to keep the sepia flag of the public historian flying high!