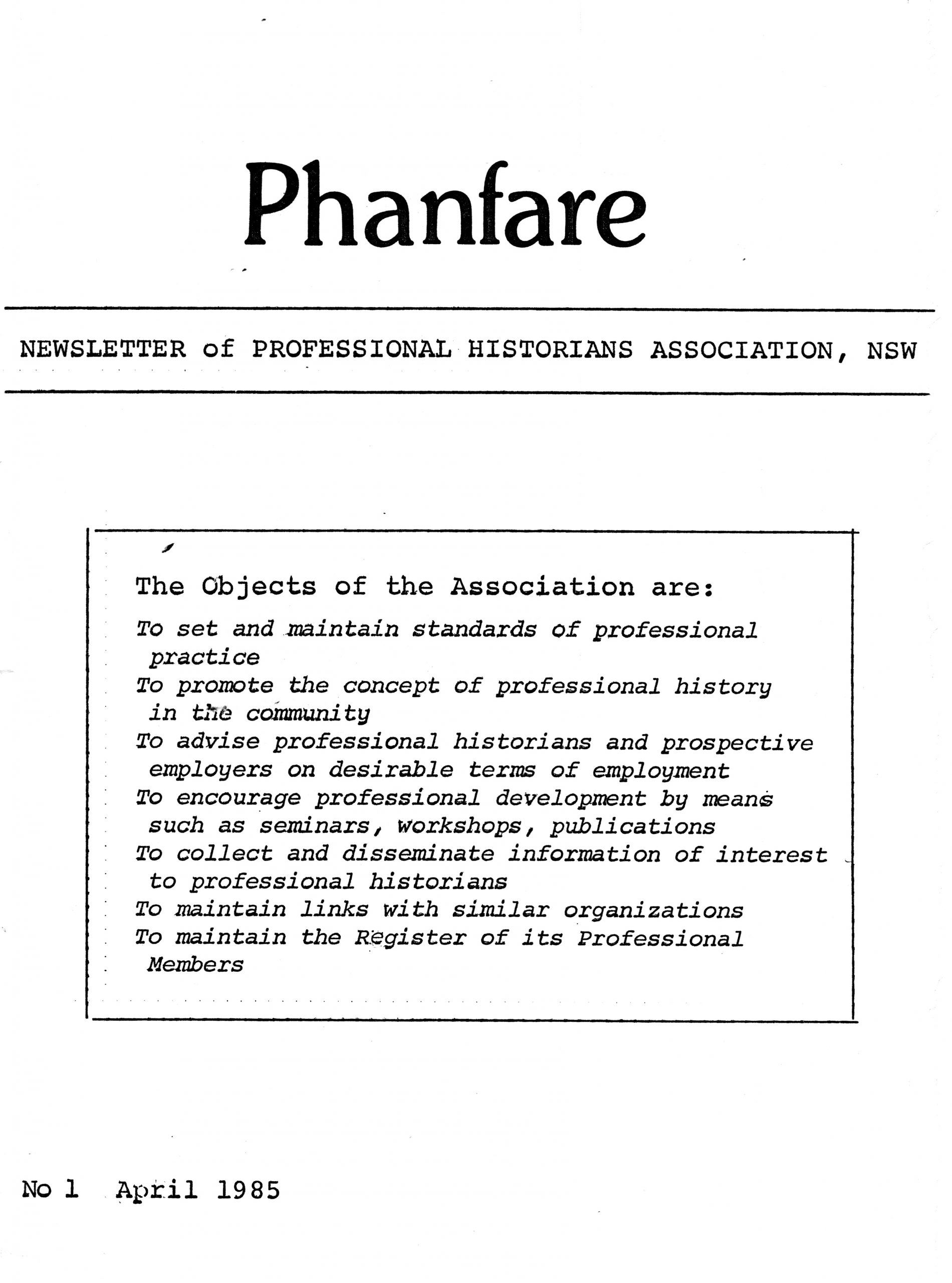 The year 2010 marked 25 years of the PHA, a remarkable achievement for a small professional organisation run solely by its members on a voluntary basis with little or no paid staff. Yet I have heard that some younger members or potential members have been asking ‘What use is the PHA?’

Though they are beneficiaries of the achievements of the PHA, they might think it has little or no value. They have no inkling of what the PHA has achieved in 25 years.

Twenty-five years ago, there were a few historians working outside the universities, the usual hiding places for such unworldly specialties, which to many had nothing to do with the realities of everyday life. History was a foolish hobby indulged in by a few eccentrics. That common attitude made it difficult for historical research and writing to be regarded seriously when undertaking commissioned work. Many of those working as historians outside academe were active in heritage work though a very few had salaried employment.

My own attempts to seek advice or set up some sort of protective mechanism led me to enquire if there was a union that might be appropriate for me to join. The Health and Allied Research Employees Union seemed, believe it or not, the most suitable! Discussions with union representatives soon made it perfectly clear that they had little idea of what I did and that they were uncomfortable with a self-employed professional who worked in such a field.

So, when Heather Radi, told me one day at the Mitchell Library, that a meeting of historians working like me was being held at the University of Sydney to propose a professional association, I was most interested. From that initial meeting, a larger meeting was called and in time, the PHA was formed.

What has the PHA achieved?

Believe me, I would much rather be a professional historian today with the PHA there than go back to the way things were before it was formed.

The minutes of the inaugural meeting that set up the PHA are reproduced from Phanfare No 1, the cover of which is reproduced above.