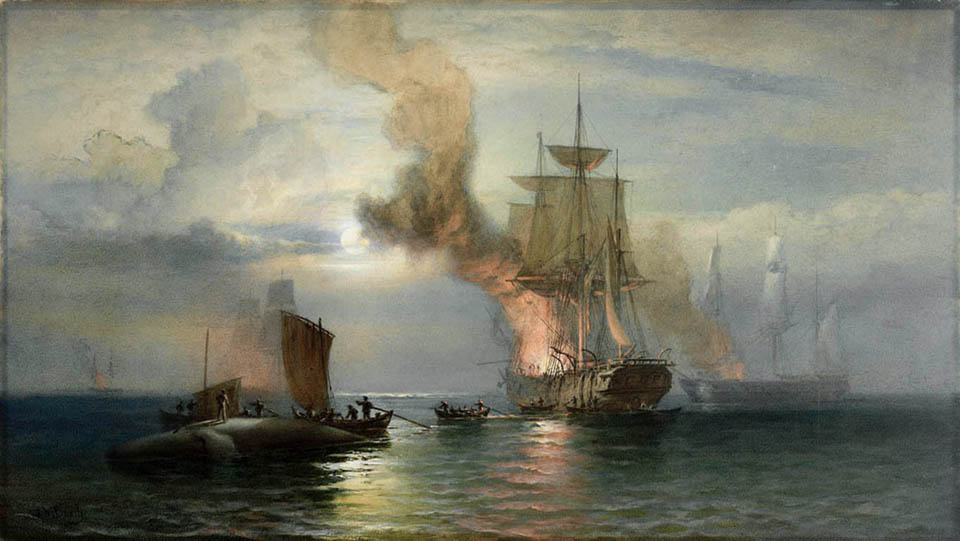 I always find the amalgamation of past and current events to be a challenging task as a historian. Last week I was a guest speaker for the Dictionary of Sydney’s weekly history segment on Breakfast at 2SER radio. The International Court of Justice had, only the day before, announced its ruling against Japanese ‘scientific’ whaling in the Antarctic. Australia salivated and proclamations of victory were posted all over social media. I thought it was the perfect moment to join the conversation and highlight the important place history has in this contemporary issue.

Whaling formed an integral part of the Australian economy from the early 1800s. Sydney was the main whaling port of Australia and at least a third of the convict transports and store ships sent to the new colony before 1800 were British whaling vessels. By 1850, the commodities exported through this industry amounted to £4.2 million and between 1825 and 1879, Sydney alone had a fleet that produced whale oil and baleen (whalebone) valued at £2.6 million.

As Michelle Linder, curator of the ‘Amazing Whales’ exhibition at the Australian National Maritime Museum has explained, efforts to protect the species have only really emerged in recent decades. Although the industry had declined toward the later part of the 19th century, attitudes toward wholesale slaughter of whales took some time to change and it was not until 1979 that whaling was completely banned in Australia.

Historians seek to offer historical interpretation with a perspective on how it relates to a current issue. It’s a delicate balance, which can often carry the potential to ruffle a few feathers, especially on a sensitive issue like whaling.

As we’ve seen recently, in a debate about the tensions surrounding academic, public and family history, now more than ever historians are being called upon to engage with the contemporary preoccupations of a large variety of audiences. Let’s not forget though that relating history to the present does not just allow us to look at current events through a new lens, it offers our audiences the chance to connect with the past.

What are your thoughts about the relevance of history to contemporary debates? What are the challenges?

See the Dictionary of Sydney’s full article on Sydney’s whaling past written by Mark Howard.

Tune in to Lisa Murray on 2SER radio speaking for the Dictionary of Sydney each Wednesday!