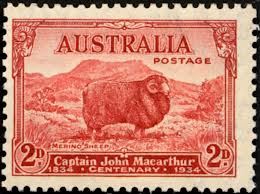 I recently returned from the excellent conference in Canberra honouring the eminent and influential Australian historian Alan Atkinson. His most substantial publication is The Europeans in Australia, the third volume of which appears this year. Other important books include Camden, The Commonwealth of Speech and his co-edited Australians 1838. Conference speakers addressed a range of themes that emerge from Atkinson’s work. Among these is his commitment to family history. Camden, for instance, has a strong focus on the Macarthur family while Atkinson’s own family is mentioned in the second volume of The Europeans in Australia and features to a greater extent in the third. As Stephen Foster argued at the conference, unlike Atkinson many Australian academic and public historians have tended to stay away from family history, particularly when the family was their own. Foster believed that this was regrettable and urged historians to embrace the genre, including the histories of their own families. The explosion of digital resources in family history made that much more possible than it had once been.

I support Foster’s views. Although I sporadically collected information on my own Scottish-Australian family for many years, I only felt able to write about it after I retired from paid employment as an academic historian. Before then, I was concerned that my university and other academic and professional historians would not regard such a project as appropriate or scholarly. After completing a history of my family last year, I am researching the life of a great grandmother not included in that history. I now regret not doing such work earlier.

As with many family histories, the research and writing of my own commenced as a personal response to long-standing and possibly self-indulgent curiosity. I found, as Atkinson writes, that ancestors ‘are strange reflections of the present – an early shadow of yourself’. There are, however, other reasons for recording and understanding my ancestors. Their lives illuminate various aspects of class, education, gender, economic changes, identity, religion, war and work from the late seventeenth century onwards. They allow an exploration of periods, places, individual personalities and personal relationships. Through their journeys, many of my ancestors led what are often described in historical scholarship as transnational lives. Their experiences and mobility strongly reflect the fact that during much of the period I covered Britain and Australia did not exist in isolation from events elsewhere. Finally, researching members of my family disrupted some assumptions that I had about them. Along with the historian Tanya Evans, I found that the techniques and outcomes of family history often uncover ‘secrets and lies’. Illegitimacy, mental illness, violence and divorce are all part of my family’s past, as they are of many other families, but were often omitted from the earlier accounts that I encountered.

Tom Griffiths eloquently spoke at the Atkinson conference of the relationships between popular historical consciousness and scholarly history as practised in both the academic and public spheres, applauding Atkinson for his interest in the connections between historians and their audiences. His work on family history, as Griffiths showed, is a powerful demonstration of this. Like Foster, I think there are sound reasons why more historians ought to follow Atkinson’s example here.