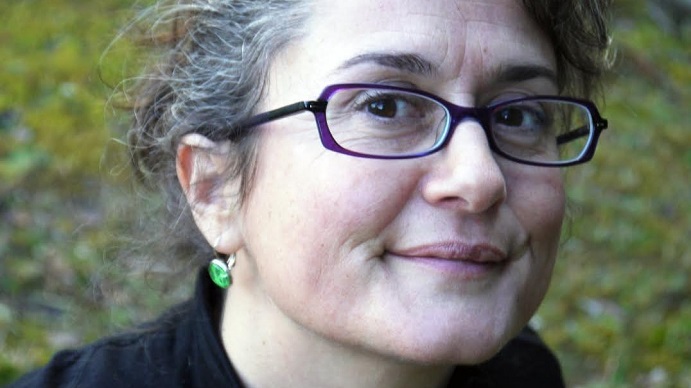 … a freelance historian, heritage consultant and editor who loves working on community histories.

Naomi’s current area of interest is the life and milieu of Musquito, who was exiled from NSW in 1805 and hanged in Tasmania as a bushranger in 1825.

What made you decide to pursue a career in history?
I grew up in a socially and economically depressed part of Tasmania but managed to get to the University of Tasmania where I learned about story-telling and sources from Rod Thomson’s stunning lectures on barbarian Europe. I only really began doing Australian history when I worked for a town planning firm in Sydney, doing conservation management plans and archival research.

After a spell with the Historic Houses Trust I went to Macquarie University, where I sat at the feet of the magical and inspiring late Jill Roe. By that stage I had begun to see Australian history as much more than just conservation and recording – it could be a vehicle for social change. My PhD followed. By comparing the lives of black and white kids in welfare, it addressed the Howard government’s insistence that the treatment of the stolen generations was in accordance with the welfare standards of the time.

While I love teaching, I didn’t want to be an academic; I wanted to talk to every day people about history and to work for social change. I did some policy work then ran Eskbank House and Museum for Lithgow City Council before Shurlee Swain coaxed me to work on the Find & Connect web resource, which was about making a real difference to the lives of people who grew up in children’s institutions by helping them find their records.

I like to talk about history with people, so my work is always pitched at a general audience. I work very hard on my writing – it takes real skill to write in a way that makes deep research and rich content accessible. I have just finished two years writing New South Wales and the Great War with Brad Manera, Stephen Garton, and Will Davies. The challenge of that project was to distil the fine work of contemporary military and academic historians into a form that could be understood by secondary students and the general public. We had wonderful visual sources, but we weighed up every word.

My favourite sources are, without doubt, the state records of NSW and Tasmania’s incredible and virtually untapped government records – I am fascinated by the culture and practices of public administration. Books and films? Too many good ones but I like good stories. My favourite websites are, of course, www.dictionaryofsydney.org and findandconnect.gov.au, both of which I am proud to have contributed to.

I am probably unusual for a historian in that I don’t want to go back in time, because I like this country and travelling in the present. My next trip is Iceland – its ancient parliamentary democracy is quite inspiring, given the times we live in.

It’s hard to answer this without sounding glib, and I cannot stand ‘popular histories’ that dramatise the past (or ‘historical fiction’ that falsifies it) but I do see history as stories that help us understand the past and the present. Studying 19th century mining communities, for instance, teaches us the value of workplace safety campaigns and the labour movement. Women who fought for social change should inspire us, while those who lived and died in the Great War and World War II should remind us to uphold the treaties and international agreements that have brought a measure of peace to the world over the last 100 years.