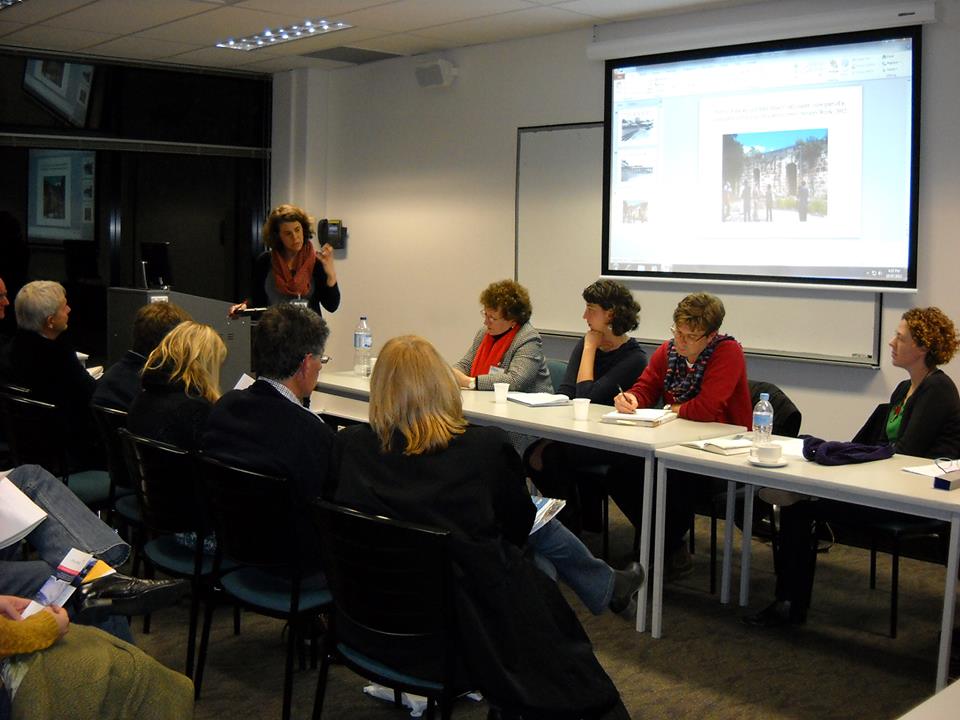 Rosemary Kerr reports on the recent Australian Historical Association (AHA) conference in Wollongong, where members of the Professional Historians Association NSW spoke about their experiences working in the public sector at Commonwealth, state and local levels. The roundtable discussion, chaired by PHA NSW President, Laila Ellmoos, highlighted opportunities and challenges for raising the voice of history and historians in contributing to public policy and discourse.

Francesca Beddie, a former Commonwealth public servant noted that, while historical advisers are employed in the foreign affairs and defence portfolios, in the Australian public service generally, history is often marginalised, under valued or ignored as a discipline. Indeed, the department responsible for heritage does not include ‘history’ in its list of desirable qualifications for prospective graduate recruits! Lack of historical understanding and openness to different interpretations of facts can have detrimental consequences for policy making. Poor decisions are often made by politicians and public servants operating in a historical vacuum, resulting in a ‘presentist’, issues-driven culture. Some knowledge of a department’s history, the evolution of policy development and broader historical context could avoid repeating past mistakes and help to smooth policy implementation.

Francesca pointed to some positive initiatives such as the introduction of short training courses in history for graduates in the Departments of Foreign Affairs and Trade and Defence to round out those trained in other disciplines. As general manager at the National Centre for Vocational Education Research (NCVER), where she worked from 2007 to 2012, Francesca had some success in promoting greater historical consciousness. One outcome was the identification and digitisation of landmark policy documents illustrating major waves of reform. This approach had at least some influence on the formulation of policies regarding the Australian apprenticeship system.

Emma Dortins and Caroline Ford are Cultural Heritage Officers at the NSW Office of Environment and Heritage (OEH), which grew out of the National Parks and Wildlife Service. The Office is responsible for cultural heritage within national parks in New South Wales and for Aboriginal heritage across the state. Emma and Caroline are employed as historians but work in a multidisciplinary team that includes anthropologists, archaeologists and cultural geographers. Negotiating different disciplinary approaches is one of the challenges they face in an organisation where scientific research is particularly highly valued. Bureaucratic structures and funding constraints pose other obstacles. Nevertheless, both felt that the skills and knowledge they brought to the organisation enabled them to contribute to the Office’s key role of developing methodologies to best record, preserve and protect the state’s cultural heritage.

Government also produces records that become the historian’s raw material. Christine Yeats, former manager at State Records NSW, provided perspectives from both sides of the counter in highlighting the symbiotic relationship between archivists and historians. She stressed the importance of mutual understanding and respect for what, at times, are conflicting objectives. While archivists’ responsibility is to protect and preserve the documents, historians want access to them as quickly and easily as possible. Yet both need each other – what is the point of preserving archives if no one uses them? Again, historical understanding is key to interpreting the records which are not simply facts, but embody the values and attitudes of the political environment of the day. Hence, greater communication between the two professions is essential and historians have a role to play in ensuring sound archival policies and practices. A major challenge is the proliferation of digital records and how to preserve them.

Local government provides opportunities for closer engagement between historians and the community, although very few municipal councils apart from the City of Sydney employ historians in permanent positions. As Council Historian at North Sydney, Ian Hoskins’ role entails co-ordinating public programs, exhibitions, walking tours, publications, film and interpretive signage as well as providing advice about heritage issues and managing a large archive and art collection in collaboration with the Stanton Library staff. Ian explained that one audience for his work is the local ratepayers and so, this role forms a very powerful bridge for preserving and sharing historical knowledge between professional historians and the general public, and in engaging interest in history more widely.

When the Professional Historians Association NSW was formed almost thirty years ago, most members were working in isolation as consultants. It is testament to the progress of public history that permanent roles for historians in government do exist, though still relatively few. The public sector also provides an important source of employment for consulting historians through commissioned projects and it is to the advantage of all when professional historians are involved in developing briefs and evaluating work.

While the benefits of historical training may seem obvious, we are not always good at communicating our skills to others. Francesca Beddie  quoted Andrews and Burke’s neat articulation of ‘the five Cs’ that historians bring to their work: an understanding of how things change over time; the ability to interpret the past in context; an interest in causality – not just explaining the facts but also why things happen and why it matters; contingency – recognising that nothing happens in a vacuum, but that events are connected to what has gone before; and the realisation that history, like life, is complex – not all stories can be simplified. We need to be comfortable with complexity and, through good communication, help others to become more comfortable with it too. Surely these are skills that serve well in any profession and should certainly be at the forefront of public-sector decision-making.

5 thoughts on “Public Service: the Role of History and Historians in Government”