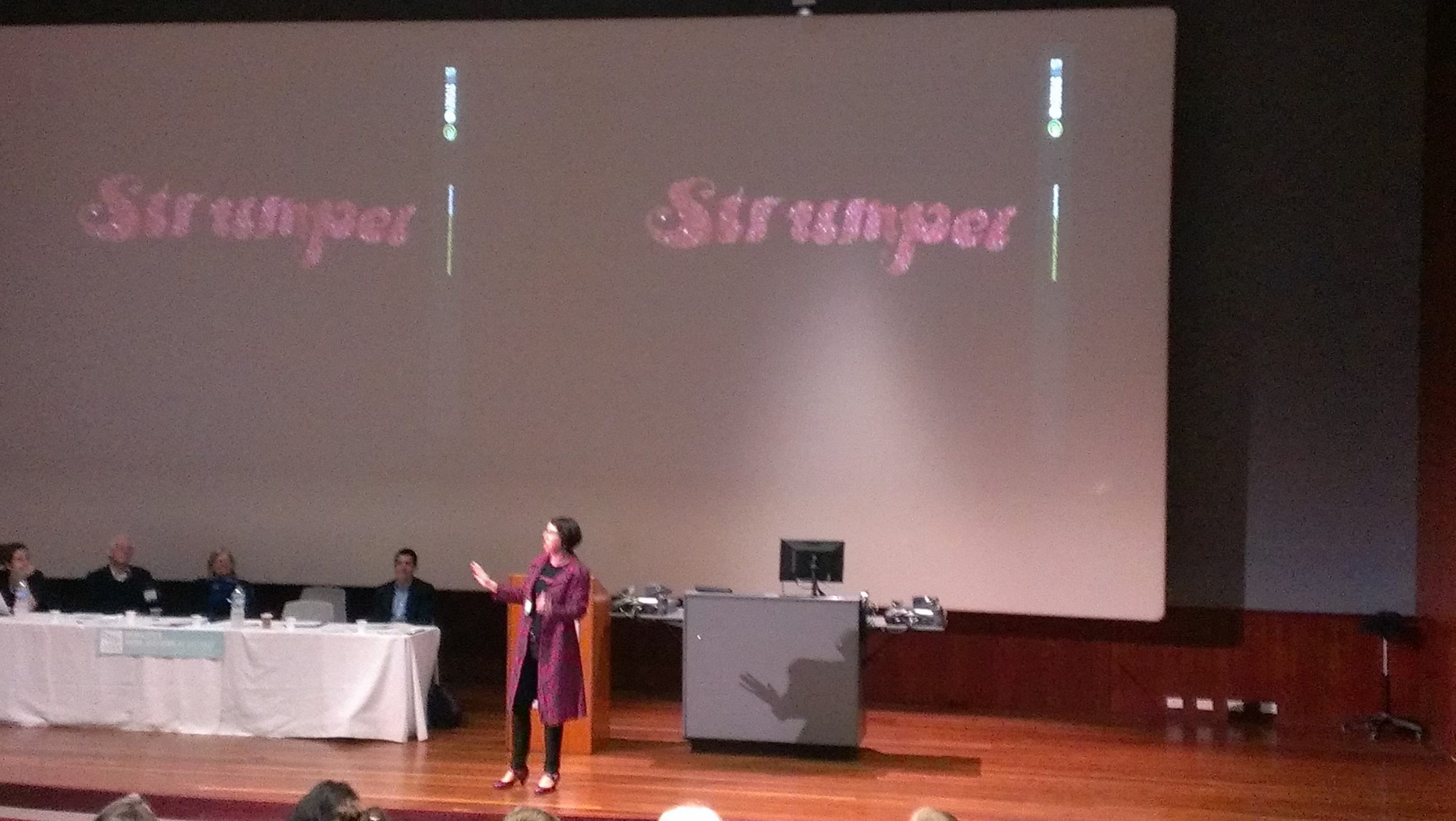 Historians need to become more sophisticated about their audiences. This was the clarion call from the final session of the 2013 Australian Historical Association conference.

City of Sydney historian, Lisa Murray, declared herself a strumpet for history – prepared to do whatever it takes to promote history. That ‘whatever’ includes better segmentation of audiences and clever marshalling of the new media available to get people engaged. It does not mean dumbing down. In the realm of social media it does, however, open the way for new collaborations between expertise and experience.

All the panellists stressed the importance of keeping the professional historian’s voice heard in discussions about the past. Projecting that voice requires a suite of communication skills: in today’s competitive information market it is no longer possible to rely on the book to convey the message.

Emeritus Professor Graeme Davison underlined the need to acknowledge the viewpoint of one’s audience – without compromising the rigour of the profession. He contended this should be easier for historians than for other scholars, given the former’s devotion to the language of the people and to telling stories, even jokes. Yes, levity is one of the historian’s tools. Indeed, Davison read out an accolade of which he is particularly proud: a local councillor recently praised his book, Car Wars, as ‘amusing and wise’.

Davison reminded us that fellow professionals are one of our audiences. Historians need to communicate with planners and politicians, architects and diplomats. They also need to think carefully about how their work will penetrate the world of Google. A good title and abstract for a scholarly article, along with the right keywords, can send ideas on unexpected travels, beyond the intended reader to many more. So, sometimes it is possible to reach more than one audience with one piece of writing, though all panellists cautioned against assuming that a single product can  serve the multiplicity of history’s audiences.

The professional historian, either within the academy or beyond, faces new competitors. Film maker, Sandra Pires, showed us how ordinary people, aided by a digital recorder, are now creating their own histories. Pires acts as an intermediary, tying local stories to those of the professional historian to produce documentaries about big issues that still resonate at the community level.

For many,the personal angle will lead them to history. Nevertheless, the uncertainty that history can cast on the past is not always welcome. Michael Ondaatje, in his elegant speech about the use and abuse of history, warned that the historian’s endless search for new perspectives and their embrace of complexity can be anathema to the broader public. He illustrated his point with references to the Tea Party’s success in invoking history while, in the same breath, dismissing historians whose analyses undermined more comfortable interpretations of the past. Ondaatje appealed to scholars to make contributions beyond the academy. This, he acknowledged, called for more than the individual’s efforts to present history in readable prose: the university system must also better reward those striving for breadth and accessibility rather than just for high journal rankings.

4 thoughts on “Who is our audience?”