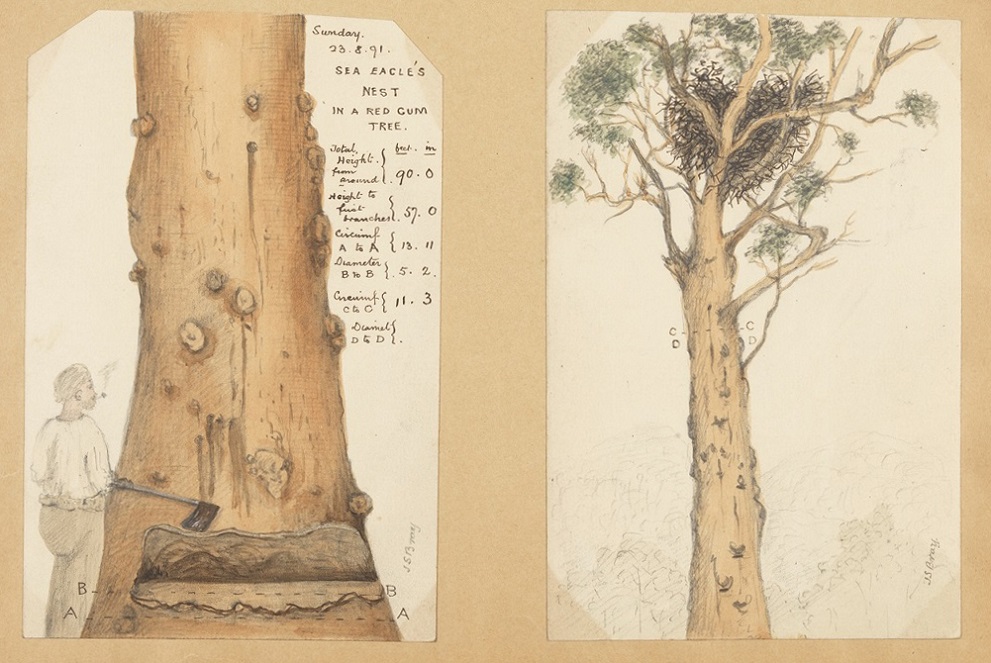 One of the great joys in writing history lies in making myself perennially uncomfortable. Nowhere is this more true than when employing that vexed verb ‘imagine’.

I was trained as an empiricist. I have an honours degree in science, earned by killing multitudes of small creatures. It explains why I wrote a book about snakebite and the historical horrors of vivisection. But I also gained an arts degree, majoring in literature. I didn’t study undergraduate history at all. As a result I negotiate an enduring tension between the overweening fidelities of footnoting and the verities that authors render through the pleasures of their prose.

Imagination, however, bothers me. This discomfort emerged in one form as I sought to write animals into my telling of the past. While I signalled their presence, their gestures and even their voices, I balked at imagining history as they may have perceived it. ‘If a lion could speak’, remarked Ludwig Wittgenstein, ‘we could not understand him’.

Nevertheless, I believe that the presence and actions of animals did alter the path of the colonial world. Another way that I sought to foreground their agency was by selecting period illustrations to complement my words. Although serving as a form of visual footnoting, as Ludmilla Jordanova elaborates, images also frame unique period perspectives.

More recently, I’ve embraced another imaginative challenge. As the 2016 Merewether Fellow at the State Library of New South Wales, my research subject proved an elusive character. I proposed a project on James Samuel Bray, an amateur naturalist who stalked late nineteenth-century Sydney. What inspired me was the discovery of his illustrations of snakes and their venom in the Mitchell Library collection. Bray’s extant albums are just a fragment of his original oeuvre, complemented by a smattering of diaries, cuttings and correspondence. They allude to, rather than elaborate, the world of Bray’s Museum of Curios, an establishment he fitfully operated from 1884 until 1900.

Unlike many natural history endeavours, what enraptured me about Bray’s artworks was their artlessness. Viewing his sketches, paintings, observations and doodles, it was clear that his ambitions far exceeded Bray’s talents. The works weren’t awful; neither were they elegant. Lacking the poise of the earlier Port Jackson Painter (the unknown artist(s) of the First Fleet) they were markedly inferior to works by Bray’s talented contemporaries such as Harriet and Helena Scott. Yet they conveyed a certain fidelity: a questing to capture the essence of what Bray saw, hoping to communicate it with – well, with whom?

And so it began. To learn more about Bray, his museum and its visitors, I pursued the usual paths. I transcribed his letters in the Mitchell Library and at the Australian Museum, detailing the range and reach of his correspondents. I hunted his hundreds of newspaper articles through Trove, his extended family through Ancestry, his abodes through Sands’s Directories and City of Sydney assessment books, his legacies and bankruptcies through State Archives and Records NSW, his copyright claims at the National Archives of Australia, and his blank plot at Rookwood necropolis. By ‘blank’, I mean exactly that: site 1295 is simply a verdant grass tableau, identifiable only by pacing out appropriate distances between adorned graves in zone C, section H. It proved prescient.

The further I sought Bray, the more he seemed to recede. Initially located at 84 Forbes Street, Woolloomooloo, Bray’s Museum of Curios finally ceased trading at 100 Forbes Street. In a long concatenation of poky Victorian terraces, both buildings have long since been obliterated. Yet the museum’s primary location was at 12 Queen’s Place in Sydney, a terse laneway behind Circular Quay, connecting George and Pitt Streets. It also no longer exists. Rather, it became Dalley Street, where the Canada Buildings that once housed the museum were demolished in 1923. Maps, sketches and photographs survive, but none yet found illustrate Bray’s Museum in situ between 1886 and its abrupt closure in 1892.

Likewise, Bray’s bankruptcy papers detail the contents of each room in his home, but not the seized goods sold at auction from the museum’s stock. The few artefacts Bray hawked or donated to the Australian Museum have been deaccessioned; a hopeful family lead suggesting that a collection of his ‘native curios’ were lodged there in the 1960s also proved fruitless. Glad I’m not a conspiracy theorist …

Even more curiously, given that he was such an entrepreneurial self-promoter, I have yet to locate a confirmed image of James Samuel Bray. His arrest gazettal for desertion in 1876 was accompanied by a physical description, while surviving sibling photographs suggest a sense of his visage. The closest I have come – thanks to Dictionary of Sydney Editor, Linda Brainwood – is what seems to be an 1891 watercolour of a bearded man in a beret, cutting down a redgum to secure a sea-eagle’s nest. Other, uncaptioned sketches in his travel notes may well be Bray’s self-portrait. So may be the awkward hands that manipulate snakes and sundry inventions amongst the plethora of his preserved illustrations.

These absences at the edges of evidence bring me back to imagination. I have deliberately discomfited myself, pasting together such fragments to summon up a projected protagonist. The very nature of the missing evidence means that I’ve had to extend my search by analogy, and through secondary sources, to visualise the façade and cluttered contents of Bray’s Museum of Curios. I can actually feel myself entering his dingy premises, watching Bray uncoil from his stool to greet me, suggesting nothing so much as his venomous serpentine companions. He slides forward, exuding an admixture of hesitant self-confidence and servile unctuousness.

‘No one is asked or pressed to buy’, his museum’s flyer emphasised in italics. This is precisely why I don’t believe it. I’ve read Bray’s beseeching letters, pored over his autographed sketches, perused his proud copyright applications. Bray’s Museum was first and foremost a business, but what he most desperately purveyed was his reputation – a lifelong quest for credibility and posterity. Both ultimately eluded him. Indeed, Bray’s unsavoury side likely led to so many of his traces being quietly but insistently effaced.

The history wars are over.  Now, we should take the lead from Greg Dening and weave ourselves into our history. For my part, I feel I can best serve the elusive memory of James Bray by imaginatively refashioning his world from the erratic remnants that remain.

Peter Hobbins’ article on James Bray can be found in the State Library’s spring 2017 magazine for members.

4 thoughts on “Refashioning history: my uncomfortable embrace of imagination”