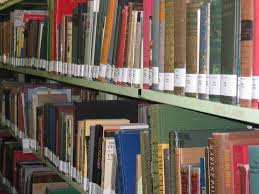 PHA member and librarian, Diana Wyndham, alerts us to the continuing threats to libraries, recalling that protests helped to reduce the cutbacks which were initially planned for Sydney’s Mitchell Library and which now threaten the staff and books at Sydney University’s Fisher Library. David Malouf and Bob Ellis spoke at a rally in front of Fisher on 13 August and said how much their work depends on books and libraries. Malouf said no one would dream of removing every second note by Mozart or cut off pieces out of art works.

This threat is not just to one library, one university or one country, as Michael Wilding, emeritus professor of English and Australian literature at the University of Sydney, has eloquently and depressingly expressed. Unfortunately, the current books-averse decisions will stop the gains made by ‘standing on the shoulders of giants’ and instead there will only be data-free research.  There is little difference between dumping, storing or burning books – books are destroyed or become inaccessible.  This is not new as Nicholson Baker made clear in Double Fold, since the 1950s, many of the world’s major libraries have shed hard copies of newspapers.  Ray Bradbury depicts the nightmare of a book-free world in Fahrenheit 451.

Online is not for ever, sometimes for less than a decade. It is possible to read the thousand-year-old Domesday Book but the BBC’s 1986 computer-based, multimedia Domesday Project, which cost £2.5 million, was unreadable by 2002.  Our digital heritage needs to be saved but we also need to save hard copies of the books, newspapers, journals and archives which libraries are so busy digitising.  Let’s not throw out the book babies or the digital bathwater.

Libraries are like canaries in coal mines; if they are endangered the whole community suffers: young and old, business and leisure, education and health. I deplore the cuts to staff and services at Sydney University’s Fisher Library and the threats faced by other libraries. All levels of government must increase library funding. Democracy depends on strong, free, fully-functioning libraries staffed by qualified librarians.

1 thought on “Threats to Libraries”