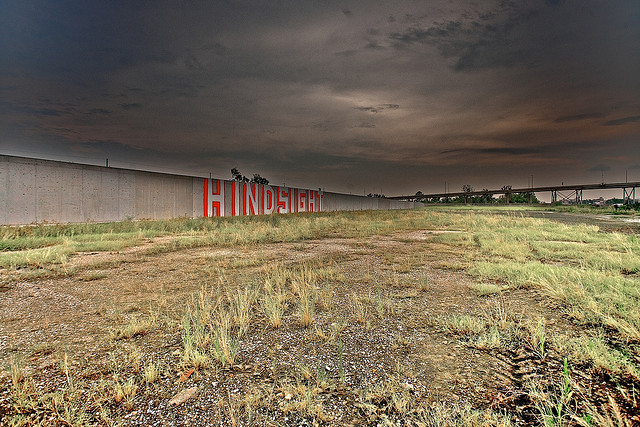 Last August, Tony Abbott said at the launch of an exhibition at the National Museum of Australia: ‘Australians are encouraged to reflect on our remarkable history and contribute to the selection of the 100 moments that have defined Australia’. The Prime Minister used the passive voice, leaving unanswered the question ‘by whom’? It’s not a difficult question to answer. Institutions like the NMA and all the state bodies and the local councils and libraries and community history groups encourage their visitors to think about the past.

So too does our beloved Auntie, the ABC. What would we do without programs such as Hindsight, which take us beyond the top 100 lists to the facts and stories of Australia’s multi-faceted history. This broadcasting does so much to present the complexities of our past and to make us think not only about bygone days but to realise why we live as we do and how we might live better tomorrow.

This afternoon I listened to men telling of their Changi experiences, choking with emotion as they described their ordeal. No-one hearing these voices could remain unmoved – what a marvellous archive these interviews done by Tim Bowden in the early 1980s have left us! But the program did not stop at pathos. It brought to the listener the analysis of historians who have delved deep to try to understand how civilian society can better respond to the needs of returning soldiers – lessons we must still refine, especially now when Australia is being committed to a new offensive in the Middle East.

We need professional, accessible history. That’s why members of the PHA are disconcerted about rumours that cuts to the ABC will affect specialist programs like Hindsight. And when a member of the ABC board speaks out about cuts, as Fiona Stanley did recently, we have to fear the worst.Stanley presented quantitative and qualitative evidence for her argument that the ABC is vital for Australian democracy. You can find her article here. Let me supplement her points with some facts and figures about Hindsight (supplied by its executive producer), which illustrate that history is no sideshow in this debate.

Hindsight won this year’s NSW Premier’s Mulitmedia history award for Public Intimacies: the1974 Royal Commission into Human Relationships. The judges commented that ‘well-crafted radio … reminds us of the value of this media for historians’.

Indeed. But we need to be vocal in the defence of such resources, so please get commenting and help the PHA NSW & ACT committee to amass the arguments for keeping history on OUR ABC.

12 thoughts on “We need Hindsight”