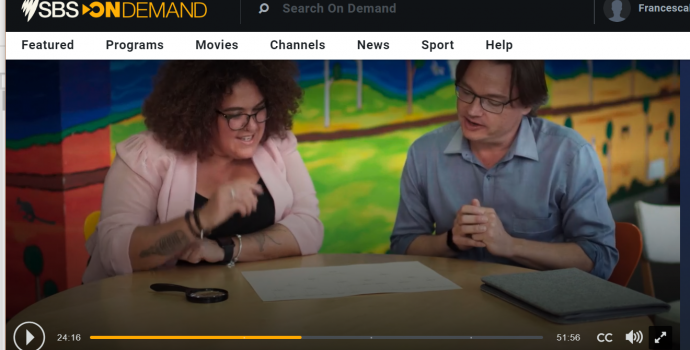 I really should have had a haircut!

After being asked half way through last year to appear on the Casey Donovan episode of SBS’s Who Do You Think You Are, I naturally began thinking about how TV shows are made.

I imagined rocking up to the set to be greeted by a team of hairdressers and makeup artists who would transform my scruffy self into something more palatable for the TV viewing audience.

Nothing was further from the truth.  The crew consisted of a cameraman, director and assistant, and they were happy to take me as I came, wild hair and all.  It was simple and I liked it.

Of course, the purpose of my being there was not to look stunning, but to convey the depth of Casey’s Aboriginal connection to the north coast of NSW.

A renowned performer and winner of Australian Idol in 2004, Casey is a Gumbaynggirr woman from Bowraville and Nambucca Heads.

Part of the show was dedicated to tracing the Aboriginal heritage of her father, from whom she is estranged.

Drawing on 20 years of native title research conducted by me and a long list of colleagues, I was able to fill in some of the genealogical gaps, showing how Casey was connected to the Ballangarry family who were first recorded in the mid-19th century.

Following research into several Federal Court determinations, I was able tell Casey that she was a native title holder.

What struck me on viewing the episode was not so much Casey’s response to the information that I provided to her, but her reaction on meeting the Elders of her north coast family.

You could see a visible change in Casey as she learned first hand the struggles of Gumbaynggirr people to survive colonial times and then make a place for themselves in the modern world.

She was moved to hear a rare recording of her great-grandmother singing in language and the impressive efforts of the community today to keep the Gumbaynggirr language alive.

The team at Who Do You Think You Are did a fantastic job to build the story to its emotional conclusion.

That is the power of television and it doesn’t matter at all if one of the contributors has had a haircut or not.

4 thoughts on “Who do you think you are?”