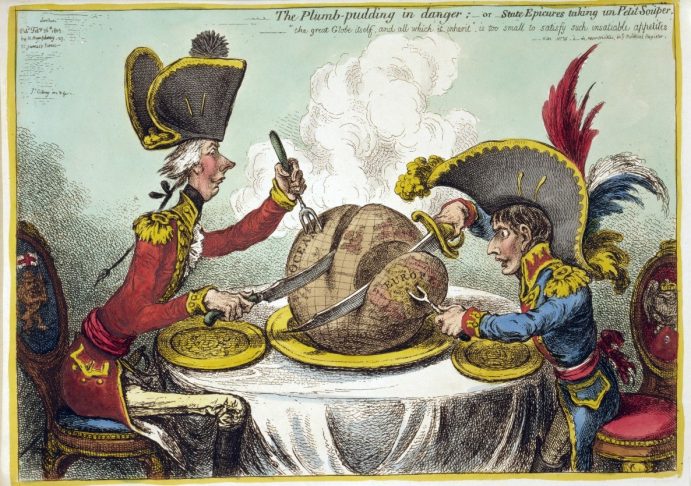 In the Antipodes Christmas in July has become a mid-year winter tradition to indulge the food and booze we normally enjoy at the end of the year. What is the historical lineage behind turkeys, puddings, mince pies and mulled wine? In her new book Christmas Food and Feasting PHA NSW member Dr Madeline Shanahan has traced how Christmas is a palimpsest for millennia-long traditions. It’s a story brimming with social and political change.

The book highlights how, despite the Christian veneer of Christmas, the festival has far deeper pagan roots that have continued to challenge the religious orthodoxy because of its traditions of excess and inverting the social order of the day. This played out in the more performative aspects of the festival as early as the Roman festival of Saturnalia where slaves would become the master for the day, or in medieval times when elite households would play host over a 12-day feast, allowing the lower members of society respite from the feudal system. It was only later in the Victorian era, when a politicised working class threatened the elite, that the festival retreated indoors to the family home. Children and the domestic space became the focus of Christmas, which was no longer a public, hedonistic festival reminding those with the most of their social responsibility to those with the least.

From an Australian perspective the curious story of the pudding is fascinating. More than dried fruit was bound up in the dessert that became a symbol of nationalism, trade and empire.  Despite the summer heat, serving Christmas pudding during the colonial era was a reminder of our British heritage. Roast beef and plum pudding was dished out by Governor Macquarie to Aboriginal people in Parramatta on the feast day of 28 December 1818, the beginning of attempts to institutionalise the First Australians. Later, incensed Australian producers invoked the importance of maintaining the ‘empire pudding’ with Commonwealth fruit as opposed to that grown in the new fruit and vine industries of California.

Madeline’s book brings to life the sights, smells, taste and even sound of Christmas over centuries: from the whimsy of trumpets announcing the arrival of the boar’s head at Henry II’s court, to hundreds of thousands of turkeys marched on foot to market and even the antipodean counter to the boiled pudding – the fresh Pavlova.

Madeline will be launching her book on Wednesday 31st July at GML Heritage in Surry Hills with a glass of Wassail. RSVP here to join in: https://www.eventbrite.com.au/e/invitation-book-launch-christmas-food-and-feasting-a-history-tickets-64506616025

1 thought on “‘Christmas Food and Feasting, A History’”