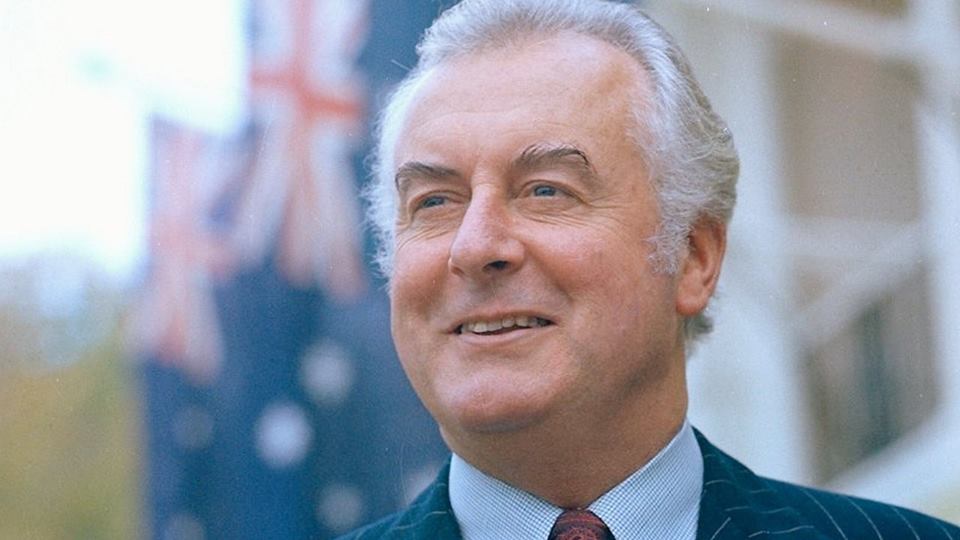 On the eve of Gough Whitlam’s memorial service, Guy Betts reminds us of Whitlam’s respect for the historical perspective.

One of the treasures of the Whitlam Institute’s collection is a remarkable series of school reports. These school reports comment on Gough Whitlam’s character and his intellectual development from the age of seven.

In them, we can see evidence that Whitlam’s passion for history began very early. The young Gough Whitlam rose to the top of his class in history. Commenting on an eleven year old Gough Whitlam’s progress in history, his Form Master noted that he ‘evidently reads widely on his own account’, and that he was ‘a veritable encyclopaedia of facts and dates’.

As a young adult, Whitlam threw himself into the study of classical history – an interest he maintained throughout his entire life. He began assembling a sizeable collection of history books which is now part of the Whitlam Prime Ministerial Collection, cared for by the Whitlam Institute at the University of Western Sydney.

Whitlam was perhaps the most prodigious student of history to hold Prime Ministerial office. Not only did he relish in history as a personal pursuit, but as Prime Minister, he placed a unique emphasis on contextualising his policy positions in historical terms. Throughout his ground-breaking visit to China in 1971, he voraciously read books on Chinese history provided to him by Stephen FitzGerald, the historian he had asked to accompany him on the trip. From Australia’s relationship with its neighbours to its treatment of its indigenous citizens, Whitlam’s statements of policy were so often preceded by a detailed recount of the historical context of an issue. He once commented that:

We will make better decisions on all the great issues of the day and for the century to come, if we better understand the past two centuries, in Australia, in our region and in the world. Our debt to the historians is already great.

Over and above his ‘encyclopaedic’ knowledge of ‘facts and dates’, he put forward considered views on historiography and the place of the historian in society. Rather than peddle a simplified, heroic national mythology as politicians are often wont to do, Whitlam implored Australians to mindfully embrace the complexity of Australian history and be unafraid to cast light on its darker corners. For instance, on the erasure of indigenous voices in Australian history, Whitlam commented that ‘unpalatable truths will not diminish, but rather enrich our common commitment to the research, the writing, the reading and the understanding of Australian history’.

Speaking to a group of postgraduate history students in 2001, Whitlam said ‘I make two pleas – Go to the documents. Check the chronology.’ The ‘public record’ was of supreme importance to him.

No Prime Minister has made it easier for historians to ‘go to the documents’ than Whitlam. He donated vast volumes of documentary evidence to the Whitlam Institute and the National Archives of Australia for researchers to comb through. In bequeathing this extraordinary collection of papers from the full span of his public life, Whitlam has provided historians with one of the most extensive and important Prime Ministerial archives in existence. He methodically and exhaustively put his own views and recollections to paper, and even in his last years made his time available to historians, researchers and journalists – regardless of their affiliations or predispositions.

As historians, he gave us his time, but much else as well. Many Whitlam reforms had a significant impact of those on us who value and practice history.

It was Whitlam’s government that established the Australian Heritage Commission, which funded the conservation of historically significant sites around the country. It also created and maintained the Register of the National Estate – prompting historical research into Australia’s heritage places, and promoting the appreciation and protection of them. Whitlam argued that “the Australian Government should see itself as the curator, not the liquidator of the national estate”, and put the issue on the political agenda for the first time.

It was Whitlam’s government that established the Australia Council for the Arts, whose funding has supported the work of many of our fellow historians.

It was Whitlam’s government that undertook the first major inquiry into the needs and social role of Australia’s museum sector. This led to the Piggott report, and the establishment of the National Museum of Australia.

It was Whitlam’s government that made Australia one of the first nations to ratify the World Heritage Convention.

It was Whitlam’s government that led the first major inquiry into Australia’s archives. This produced the Lamb report, which led to the National Archives of Australia adopting a greater emphasis on the archive’s accessibility to researchers. Whitlam appointed historian Professor RG Neale as its first Director General.

It was Whitlam’s government that made tertiary education more accessible for more Australians, bringing the study of history at a higher level within the grasp of those who valued it.

Following the passing of Gough Whitlam, there has been a period of reflection and discussion about his legacy. There has long been debate about Whitlam’s place in our history but, for the first time, he has no voice in it.

I believe that concomitant with Whitlam’s abiding respect for our discipline was a contempt for uncritical history. I believe that his respect for history was such that he would have hoped that his place in public memory would be shaped by academically rigorous inquiry, and research informed by documentary evidence, rather than by sentiment or historicist distortion.

To a great Australian, a ceaselessly captivating historical subject, and to a great friend of our profession, farewell.

3 thoughts on “Edward Gough Whitlam – a friend of our profession”