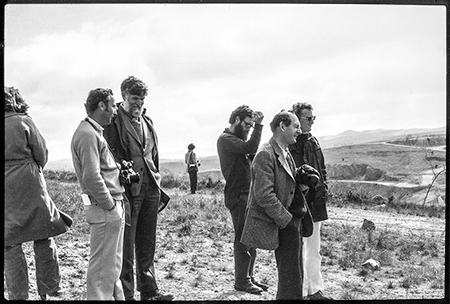 The death of Jim Kerr on 15 October 2014 has received less attention in the mainstream media than that of Gough Whitlam, but for anyone working in cultural heritage his passing was the passing of a giant.

Jim Kerr will have been known personally to many of our members. He was always ready to give friendly advice and guidance as our heritage practices evolved and developed from the mid-1970s onwards.  Jim was a significant contributor to the development of the Burra Charter, that fundamental statement of heritage philosophy and best practices that first became available in 1979.

Perhaps he is better known to public historians for his guides and publications that provided methods for analysing historic places and gave us opportunities to learn how to read a building or a landscape like a document. In this sense, his works such as Design for Convicts : an account of design for convict establishments in the Australian colonies during the transportation era (1984) and Out of Site, Out of Mind: Australia’s places of confinement 1788-1988 (1988), along with pioneering studies such as his first conservation plan for the Sydney Opera House (1993), each with their lovingly detailed drawings, extended our understanding of the archive far beyond dusty shelving, fading ink and crackling paper. 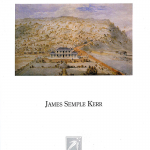 For me, The Conservation Plan, through its several iterations, has provided an intellectually sound and living basis during over two decades of working as a public historian within the heritage system.  It was a true pleasure to have been able to discuss with Jim, some years ago, his revisions to the 2004 edition, and now of course I feel especially honoured to have spent that time with him, even though it was so brief.  No doubt, many of you will have your own stories to tell.

[Image:  A group of ICOMOS members chatting as they look over the Burra mining landscape, during the meeting when the charter was adopted in 1979. Jim Kerr is the tall bearded man, centre left. Photo by Richard Allom. Source:http://www.marquis-kyle.com.au/mt/002072.php ]